The five authors of the four books in the Mutt Mysteries series have a few things in common...we are all women from Virginia who share a love of writing cozy mysteries, and an even greater love of dogs. But other than that, we each have our own "story" to tell...

MARIA HUDGINS is a mystery writer from coastal Virginia and a lover of animals. She writes the Dotsy Lamb Travel Mysteries and the Lacy Glass Archaeology Mysteries. Her short stories appear in such publications as Virginia is for Mysteries, 50 Shades of Cabernet, Murder by the Glass, and Ellery Queen’s Mystery Magazine. The two dogs, Trey and Kim, featured in this story are based on Hudgins’s beloved Bichons, Holly and Hamilton, now gone but never forgotten.
Website: https://mariahudgins.com/

TERESA INGE grew up reading Nancy Drew mysteries. Combining her love of reading mysteries and writing professional articles led to writing short fiction and novellas.
Today, she doesn't carry a rod like her idol but she hot rods. She juggles assisting two busy executives at a financial firm and is president of the Sisters in Crime, Mystery by the Sea chapter. Teresa is a contributing author to the Virginia is for Mysteries series, 50 Shades of Cabernet, Mutt Mysteries series, Coastal Crimes, and Murder by the Glass, Cocktail Mysteries.
She resides in Southeastern Virginia with her husband and two dogs. She can be reached on all social media or by posting a comment on her website.
Website and Blog: https://www.teresainge.com
has been a cop’s kid, technical writer, editor, college professor, software tester, and IT manager. She writes the Delanie Fitzgerald mystery series set in Virginia (Secret Lives and Private Eyes, The Tulip Shirt Murders, and Glitter, Glam, and Contraband). Her new cozy series with vintage trailers and tiny houses, the Jules Keene Glamping Mysteries, launches in October 2021.
Her short stories appear in the Virginia is for Mysteries series, 50 Shades of Cabernet, Deadly Southern Charm, and Murder by the Glass, and her novellas appear in The Mutt Mysteries series (To Fetch a Thief, To Fetch a Scoundrel, To Fetch a Villain, and To Fetch a Killer).     She is a member of Sisters in Crime – Central Virginia, Sisters in Crime – Chessie, Guppies, International Thriller Writers, and James River Writers.
Originally from Virginia Beach, Heather has been a mystery fan since Scooby-Doo and Nancy Drew. She lives in Central Virginia with her husband and a pair of Jack Russell terriers.
Connect with Heather Weidner:
Website and Blog: http://www.heatherweidner.com
Twitter: https://twitter.com/HeatherWeidner1
Facebook: https://www.facebook.com/HeatherWeidnerAuthor
Instagram: https://www.instagram.com/heather_mystery_writer/
Goodreads: https://www.goodreads.com/author/show/8121854.Heather_Weidner
Amazon Authors: http://www.amazon.com/-/e/B00HOYR0MQ
Pinterest: https://www.pinterest.com/HeatherBWeidner/
LinkedIn: https://www.linkedin.com/in/heather-weidner-0064b233?trk=hp-identity-name
BookBub: https://www.bookbub.com/authors/heather-weidner
AllAuthor: https://allauthor.com/profile/heatherweidner/
YouTube: https://www.youtube.com/channel/UCyBjyB0zz-M1DaM-rU1bXGA?view_as=subscriber 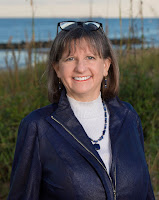 JAYNE ORMEROD grew up in a small Ohio town then went on to a small-town Ohio college. Upon earning her degree in accountancy, she became a CIA (that’s not a sexy spy thing, but a Certified Internal Auditor.) She married a naval officer and off they sailed to see the world. After nineteen moves, they, along with their two rescue dogs Tiller and Scout, have settled into a cozy cottage by the Chesapeake Bay. Jayne’s publishing credits include two novels, five novellas, and eight short mysteries, with more coming soon. A complete list can be found on her website.
Website: www.JayneOrmerod.com
_____________

ROSEMARY SHOMAKER writes about the unexpected in everyday life. She’s the woman you don’t notice in the grocery store or at church but whom you do notice at estate sales and wandering vacant lots. In all these places she’s collecting story ideas. Rosemary writes mystery, women’s fiction, and paranormal short stories. Stay tuned as she takes her first steps toward longer fiction. She’s an urban planner by education, a government policy analyst by trade, and a fiction writer at heart. Rosemary credits Sisters in Crime with developing her craft and applauds the organization’s mission of promoting the ongoing advancement, recognition, and professional development of women crime writers.

SNEAK PEAK: "A New Leash on Death" by Teresa Inge

C HAPTER O NE H ere you go, dear sister.” Emma Ramsey pushed her foot against the screen door while balancing a large sheet cake in her hands. Catt Ramsey, owner of the Woof-Pack Dog Walkers, looked up from her computer screen and swiveled her desk chair toward the door. “Let me take that.” She walked toward Em and grabbed the cake. While setting it on the newly built front check-in counter, Catt read the writing on the cake. “Woof-Pack Dog Walkers Grand Re-Opening.” Darcey and Stacey Moretti, twin sisters and recently retired massage therapists and Catt’s newest dog walkers, gathered around the front of the counter. Lexi Stallings the new dog groomer stood at the opposite end with Catt’s Yorkshire Terriers, Cagney and Lacey close by. “Love the doggie paw images on the cake,” Darcey said. “How many people are coming to the opening this afternoon?” Stacey asked. “Around fifty,” Catt said. “When customers arrive, you two can hand out the doggie bags on the front counter as
2 comments
Read more