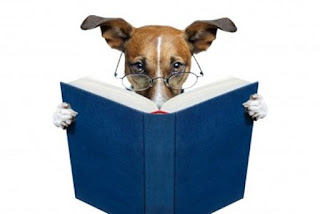 ATTENTION BOOK CLUBS!
Read TO FETCH A THIEF. . .
. . .and then use these questions
to spark lively discussions.


To Fetch a Thief  is a compilation of four novellas,
each by a different author and each involving a theft, a murder, and dogs.

1.  Many mysteries feature a sidekick to the sleuth, to give the sleuth someone to talk to, to advance a subplot, or to reflect a theme. Which dogs in these stories serve as sidekicks?

2.  The main characters in these novellas recognize and process facts surround the thefts and murders differently, from using mental cogitation, to interviewing suspects, to visiting scenes of crime. Do the varied methods ring true and seem authentic to the characters?
3.  In “Hounding the Pavement,” author Teresa Inge uses changes in scenes to provide variety and accelerate the pace—move the plot along. Did you notice Inge’s scene changes, including action at the Woof-Pack Dog Walkers office, the Loft building on 31st street, Old Beach, the Virginia Beach Boardwalk, and other locations? Did you feel how the scene changes propelled the story?


4. In “It’s a Dog Gone Shame!,” Jayne Ormerod transmits much character detail in dialogue. How characters talk and what they say paint vivid pictures. Some pages are lines of quick dialogue. This is another method authors use to move the story forward. Did you notice when you read dialogue sections? Did you like the character interaction and how the conversation seemed real?

5. The main setting in “Diggin’ up Dirt” is a neighborhood. Author Heather Weidner’s title is a play on words that alludes to clue discovery in more ways than one! The gossipy connotation of the title highlights Weidner’s employ of the Cravitzes, Amy and Kevin Reynolds’ nextdoor neighbors. Dot and Dick Cravitz seed sleuth Amy’s imagination, and Amy’s suspicions ultimately uncover wrongdoing. Weidner’s conversations between Amy and the Cravitzes provide humor as well as suggest clues. Did you ever consider the Cravitzes as villains? Did you observe their role as fodder for Amy’s imagination?

6. In “This is Not a Dog Park,” the victim is incidental to the story. How the victim is connected to the murderer is less important than the murderer’s villainy. It’s the character interaction that moves the plot forward. What is the victim’s “role” or purpose in a mystery? Must or should the victim relate to any themes? Do you remember who the victim was in this story?

Thank you for reading To Fetch a Thief. Look for more in the Mutt Mysteries collection coming soon.

I composed this blog while on the road to an emergency management Mass Care Symposium. Sound intriguing? Let’s begin with the definition of “mass care.” It’s the capability to provide immediate shelter, feeding centers, basic first aid, bulk distribution of needed items, and related services to persons affected by a large-scale incident. You may be comforted to know that the Federal Emergency Management Administration — FEMA — has a mass care strategy, and that FEMA, along with the American Red Cross formed a National Mass Care Council around 2010/2011. That council is co-chaired by the American Red Cross, FEMA, the National Emergency Management Association (NEMA), and the National Voluntary Organizations Active in Disaster (National VOAD), and is comprised of members from Big City Emergency Managers ( bigcityem.org), federal Department of Health and Human Services, Feeding America ( feedingamerica.org), North American Mission Board–Southern Baptist Convention (with their Southern Bap…
1 comment
Read more

Dogs yearn to run free! Our story mutts are no exception! They will be unleashed on March 3 when To Fetch a Scoundrel hits the sales floor. This week we're offering “treats” to the reader, in the form of insights into why the author chose a particular setting, and a brief excerpt of the story.
Today’s feature: “RUFF GOODBYE” by Rosemary Shomaker
We asked Rosemary why she chose to set her story where she did: What prompted me to set “Ruff Goodbye" in a bar and a funeral home? I set the story in a bar and a funeral home because the contrast in settings interested me. When I think of funeral homes, I think of decorum, seriousness, and containment. As the ashes or body of the deceased are “contained” in an urn or a casket, so are the grief and emotions of funeral home visitors contained—until, for some, the bareness of death causes true feelings and honesty to leak or flare. We’ve all seen it. The sobs, outburst, or physical crumpling of one attendee dissolves the composure of other…
1 comment
Read more 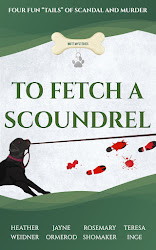 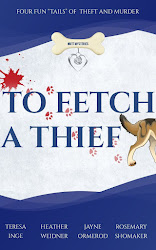